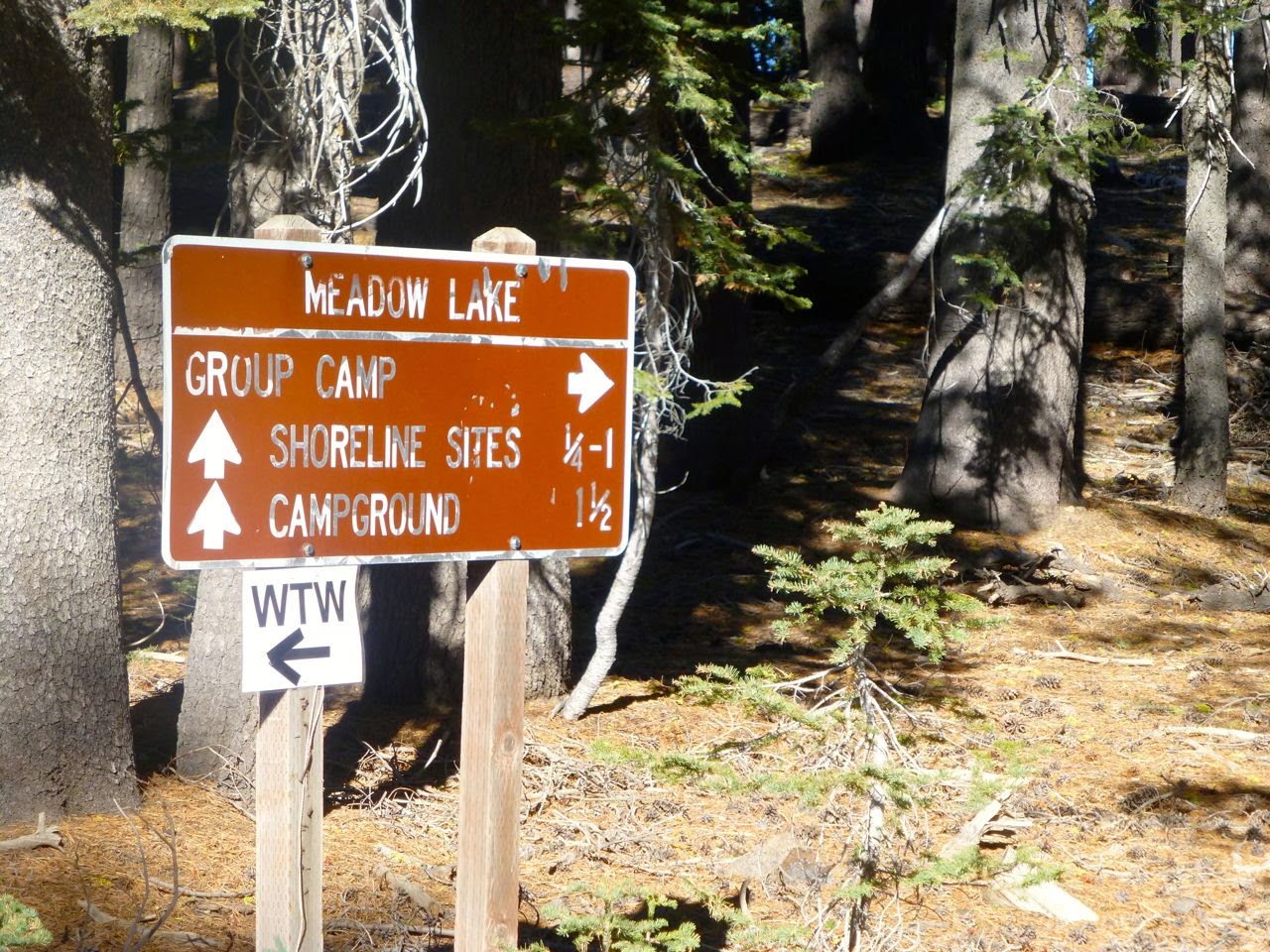 INTRODUCTION:
On April 11, 2014 MarkBC started a thread on WTW about having a Non-denominational Rally. This would be a Rally open to everyone who likes to Wander the West. After over 60 posts a date and place for the WTW Rally was decided on. Ted started a new thread for anyone who wanted to go and what we should do. Ted deserves a lot of credit for taking the lead and getting the WTW Rally going. The Rally lived up to the original idea of a Non-denominational Rally. All brands of pop up campers, a tent and a trailer attended, 25 total rigs.

WanderTheWest.com is a fantastic web site for anyone who camps or wanders. The site is full of great people willing to share their knowledge of areas and camping.  I joined in June of 2009 when I was looking for a pop up camper. I have gleaned a ton of information from the WTW site. Below is my trip report on the WTW Meadow Lake Rally.

We got up early and headed up the road to Meadow Lake northwest of Truckee CA. It had been years since we have driven up Hwy 80, nice to have all the construction done. 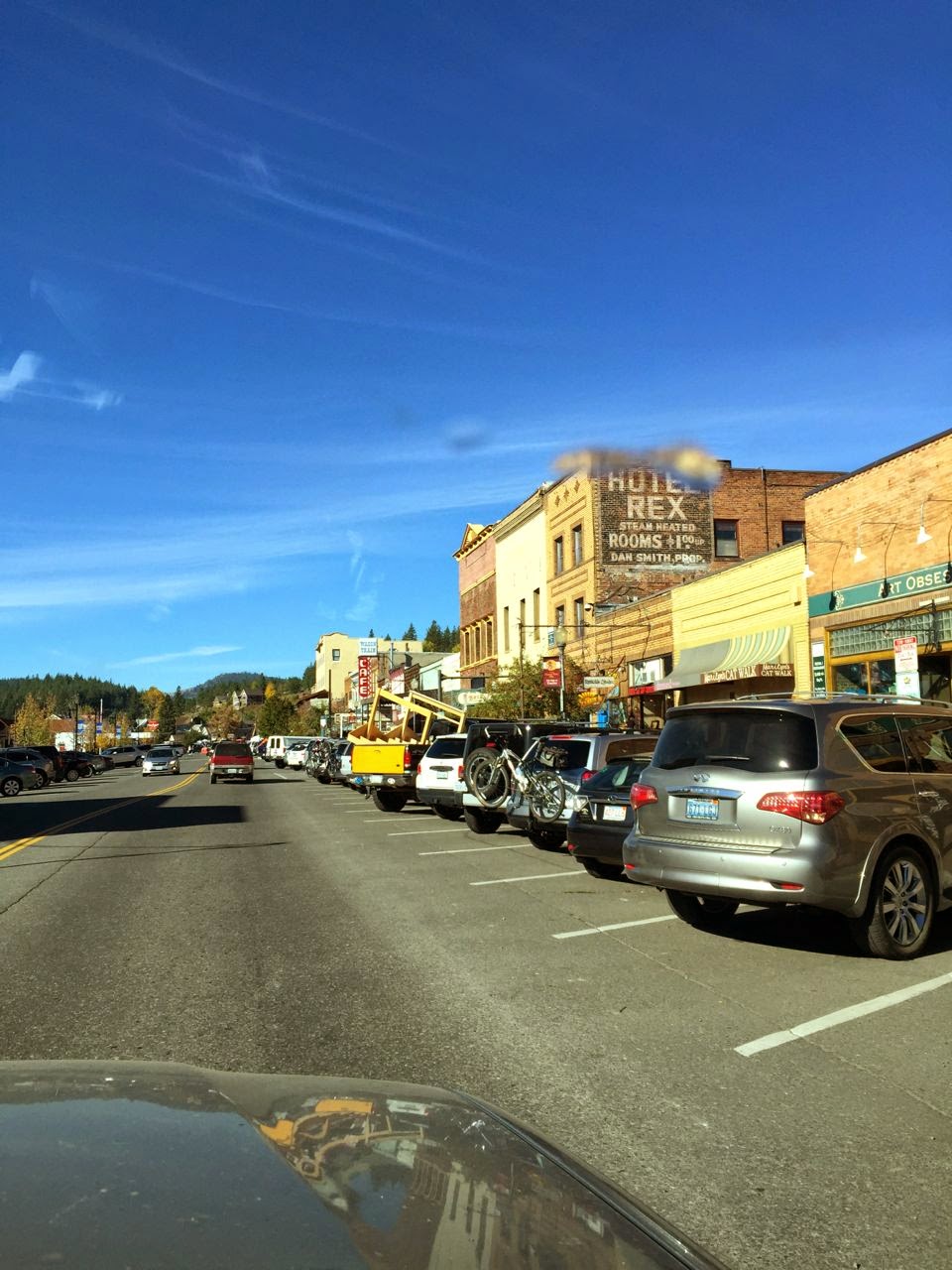 Truckee is one of the great Sierra towns everyone needs to visit. Lots of history and fine shops and dining. This time is was just a stop for gas for us. The old down town area next to the train is right out of a tour book. 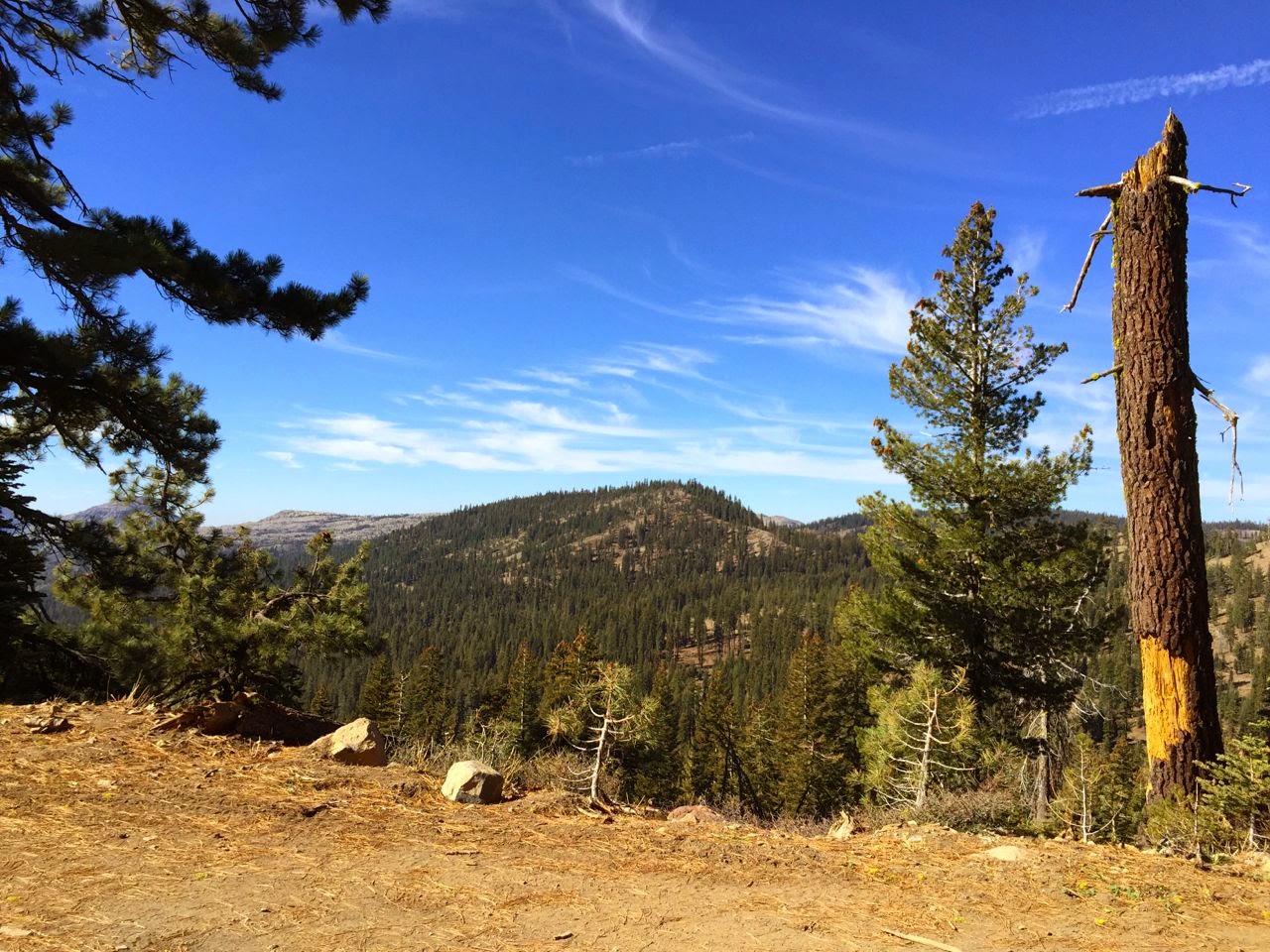 The views from the road in to Meadow Lake. The Sierra Nevada at its best.

The aspen trees were losing their leaves. 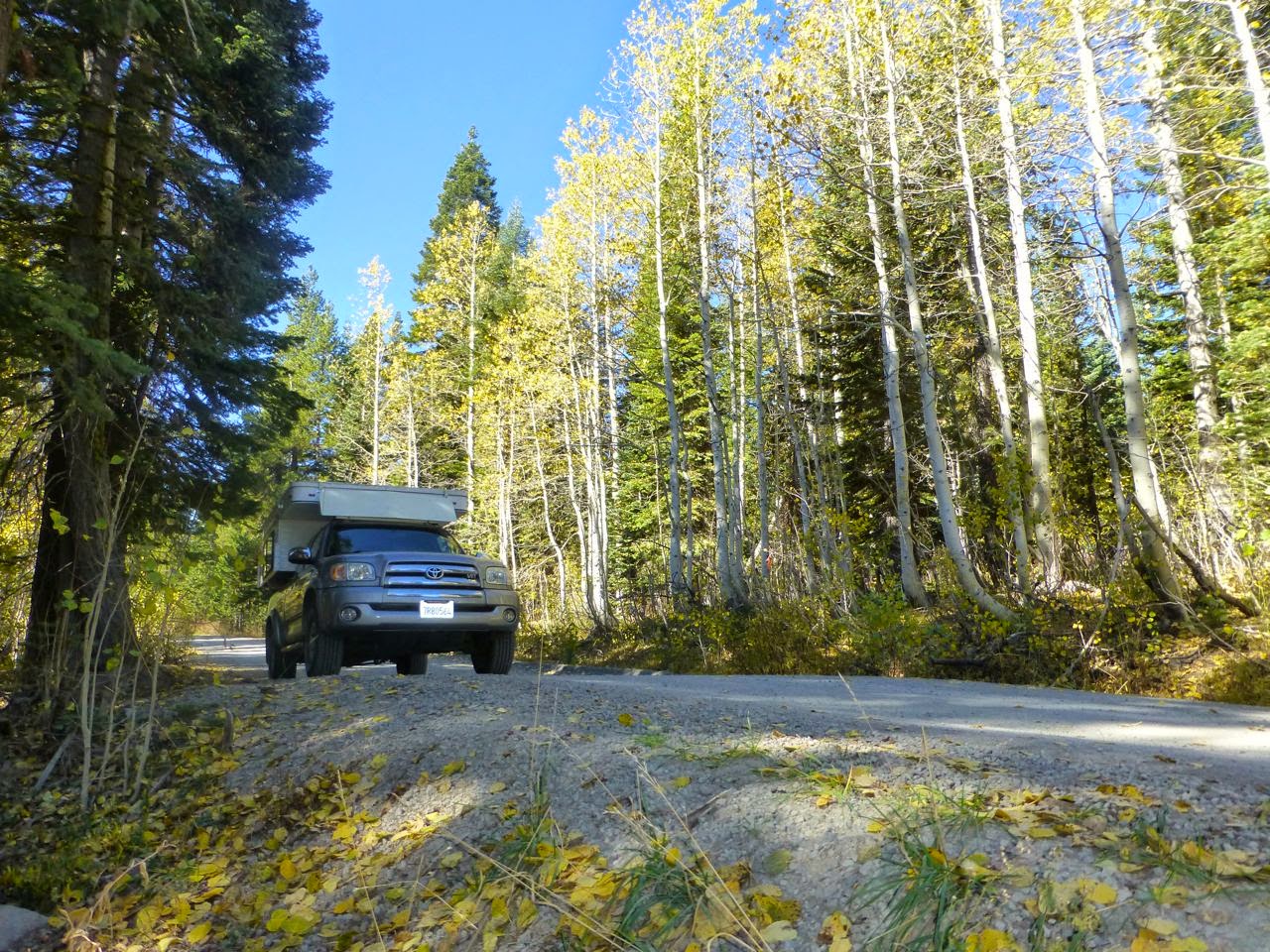 After about 40 minutes we arrived at Meadow Lake by following Ted's WTW signs. At first we wondered where everyone was as only a few rigs were in the meadow by the cement pad. We found out this was the solar suburbs and the camp was just up the road. 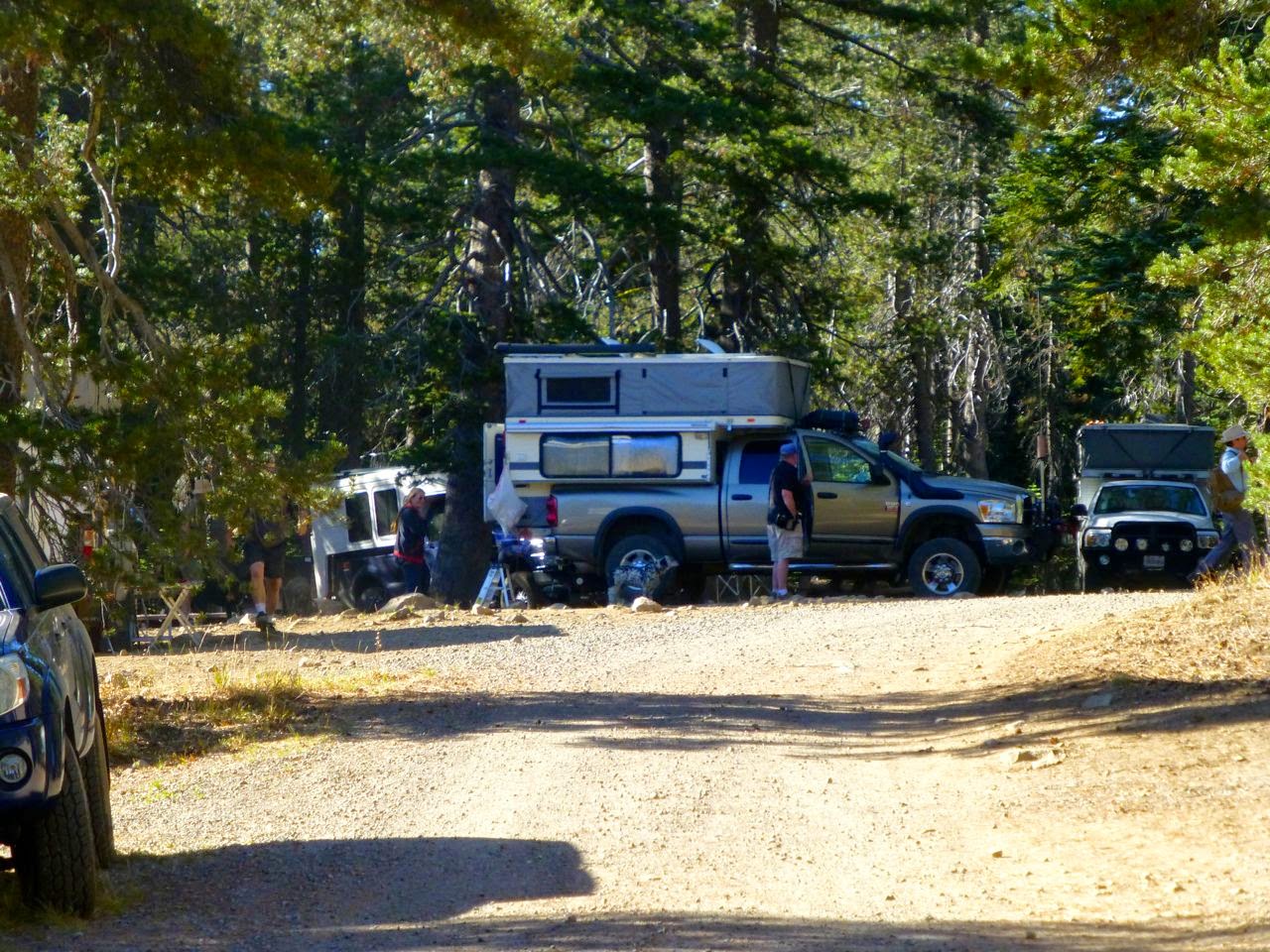 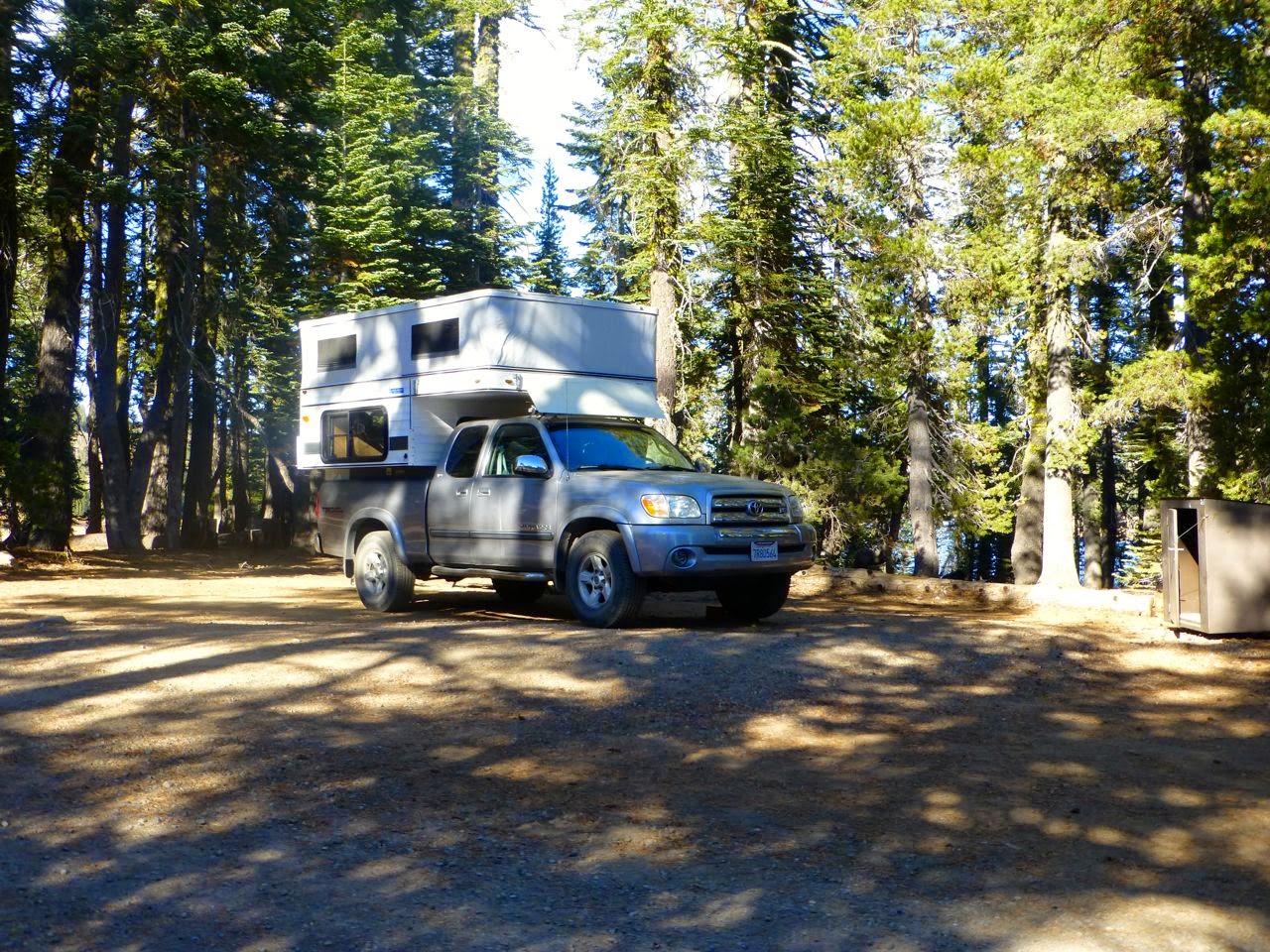 We drove the loop and found  a spot for our camper.

After setting up camp Veronica and I did a walk around and introduced ourselves to the other campers.  Strange knowing people only from a web site and not having met them. Who was fishmore, camelracer,  or NorCalHawk?  Still not sure if I have a face for every name. 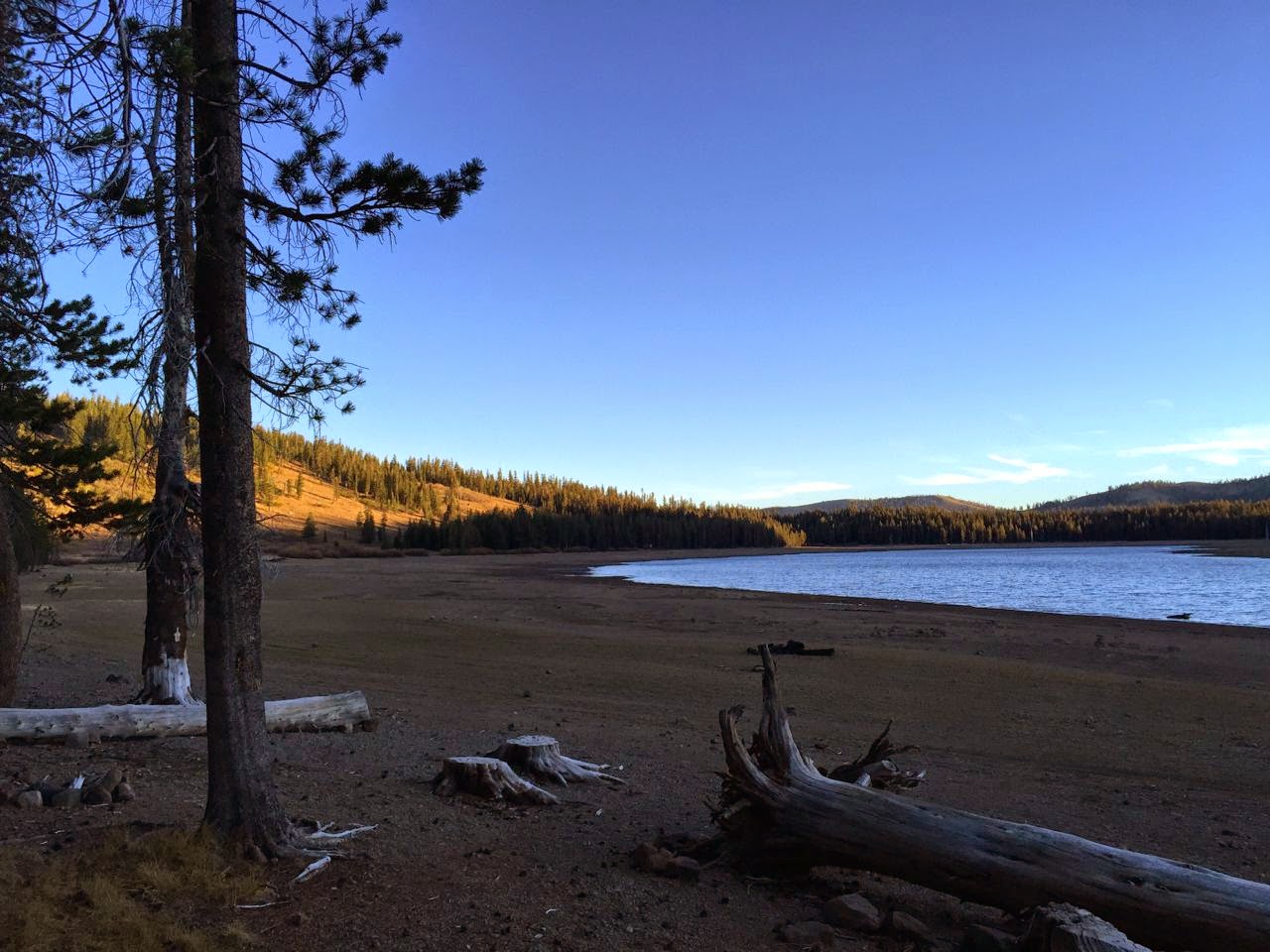 Meadow Lake that is now more of a pond. Sad how little water we have left in the Sierra.

After our walk it was almost time for hors d'oeuvres and dinner.  Marc from XPCampers had spend the day roasting a whole pig.

Picture below credit to K6ON 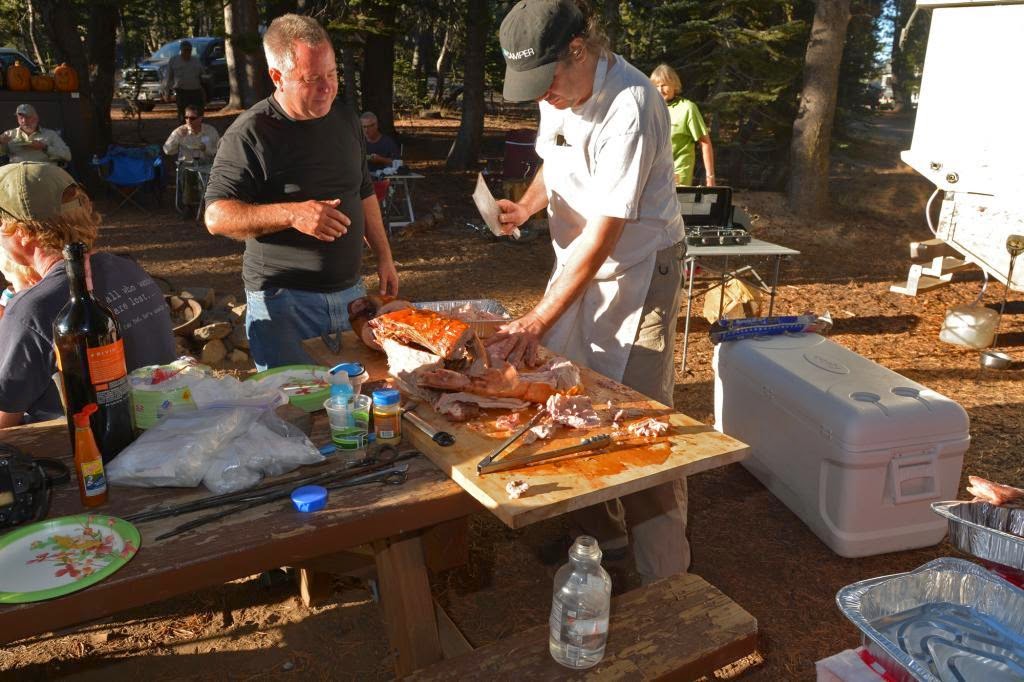 Ted (supervising) on the left and Marc working.

Everyone brought something for the pot luck dinner. No way you could try even a little bit of everything. Had to save room for the homemade walnut pie. 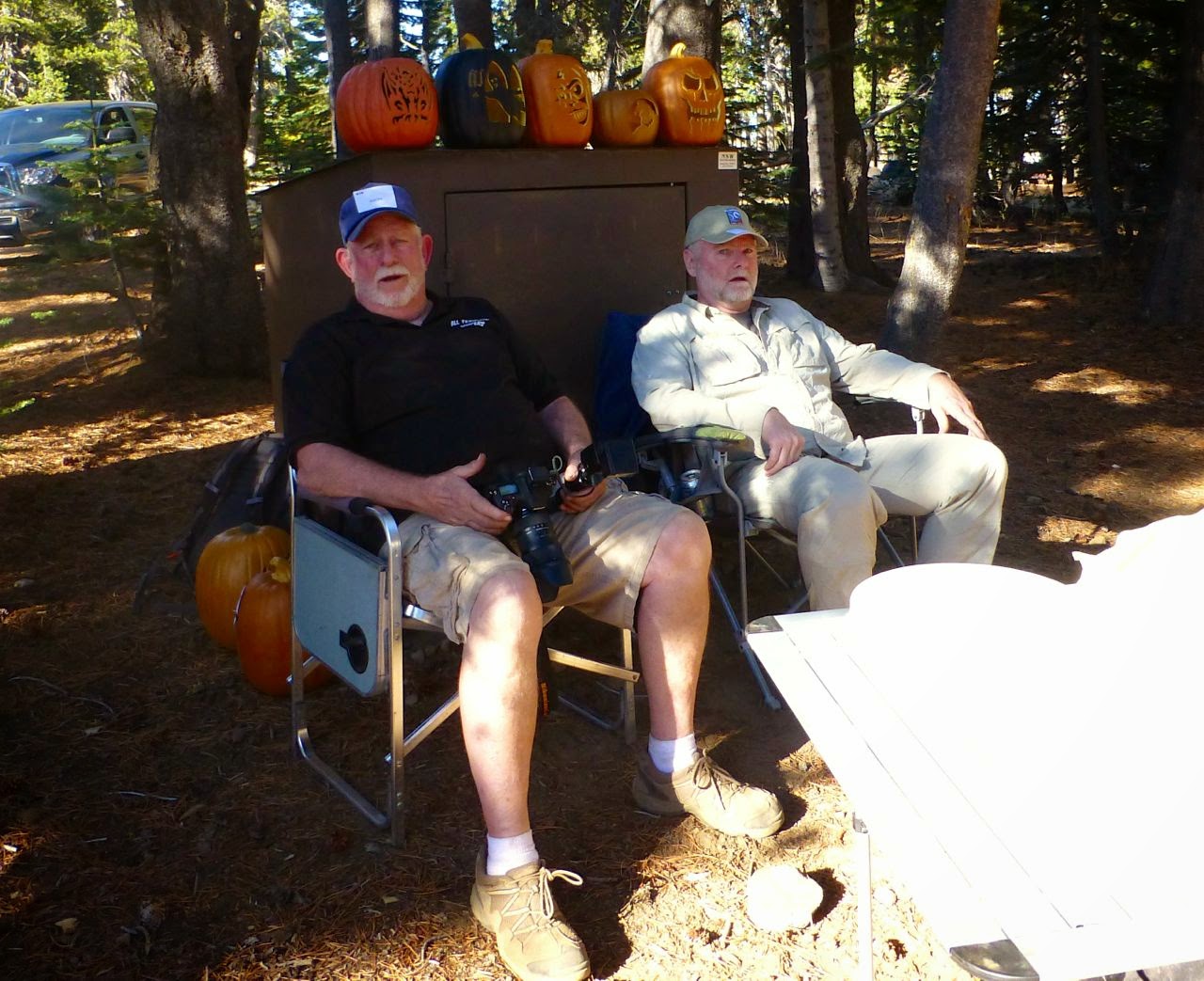 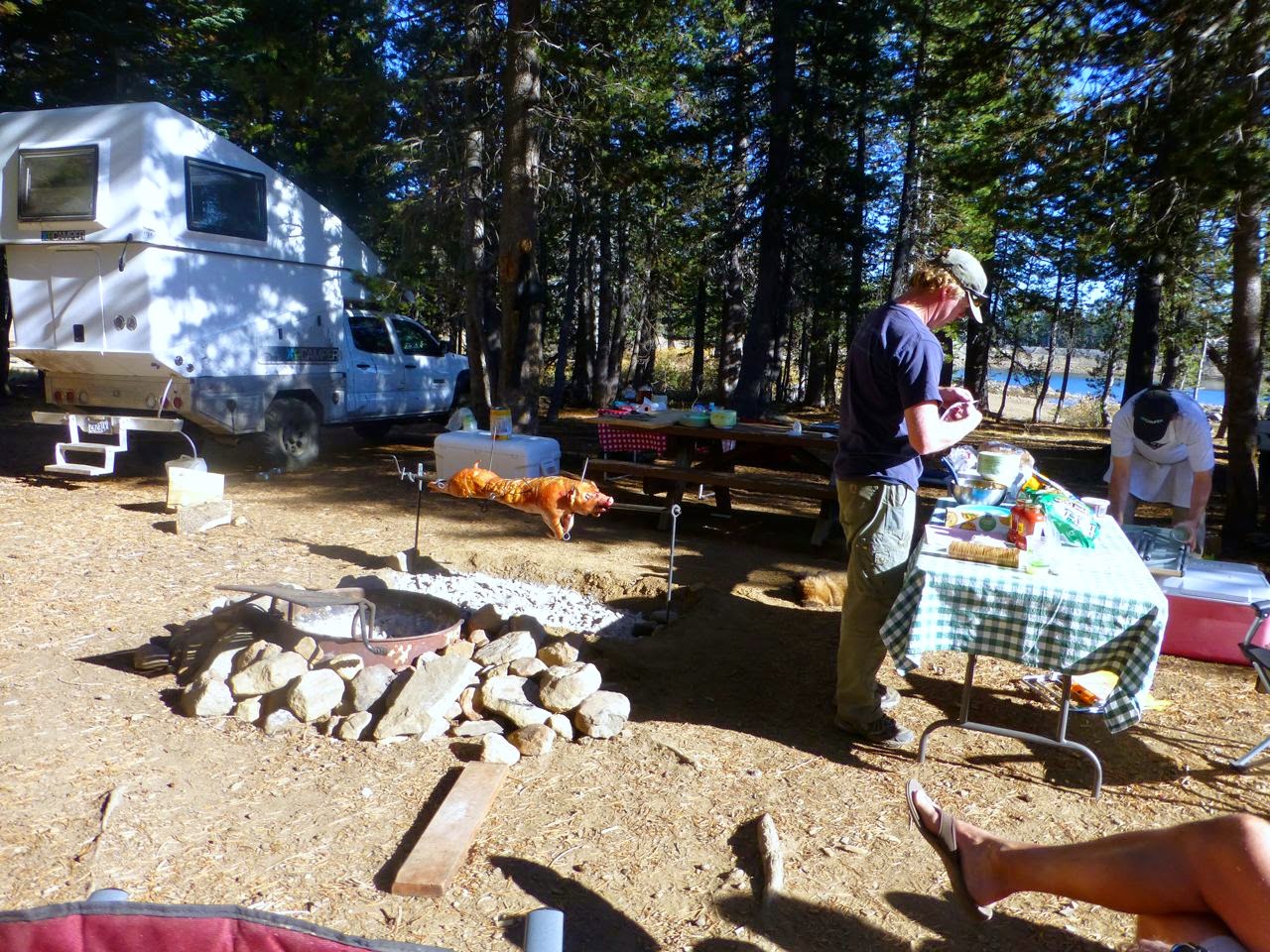 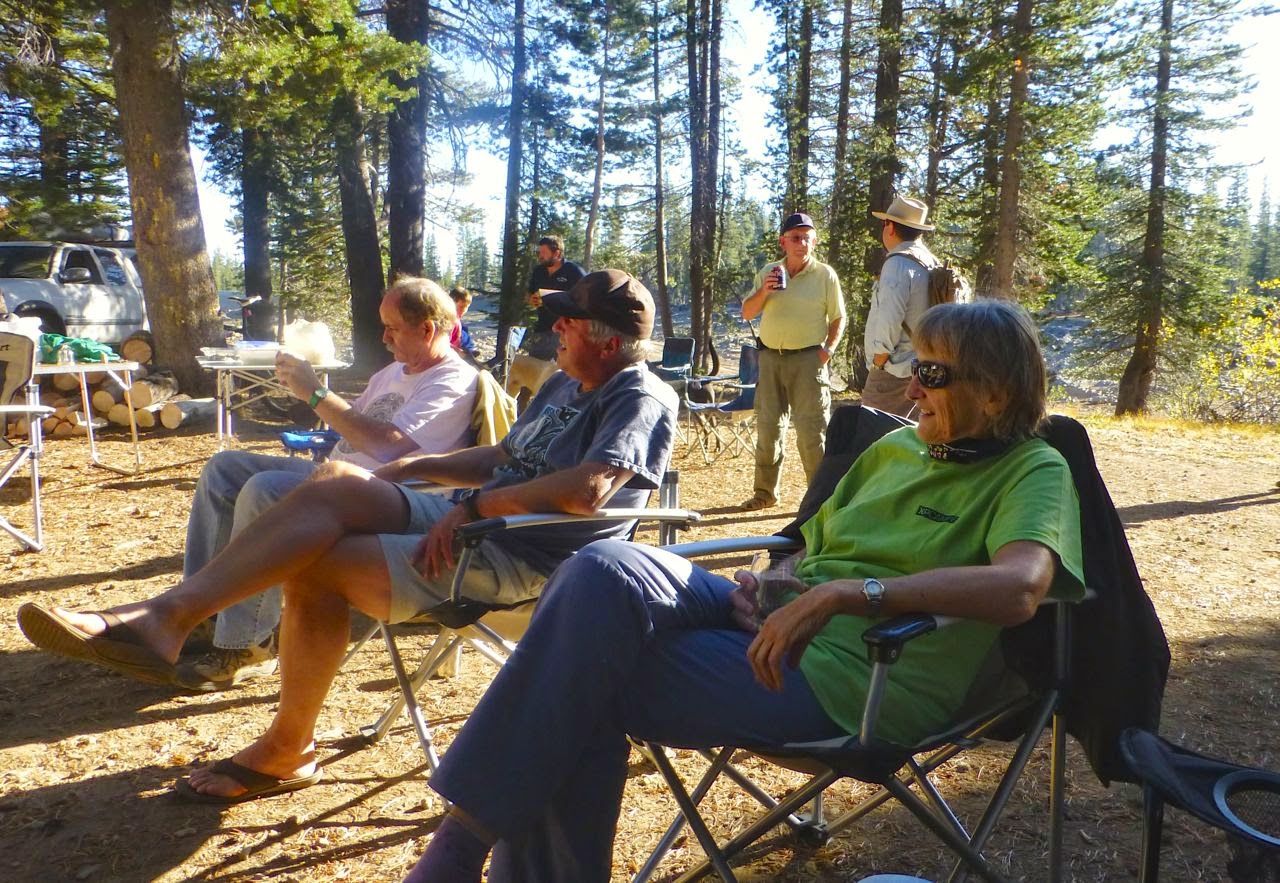 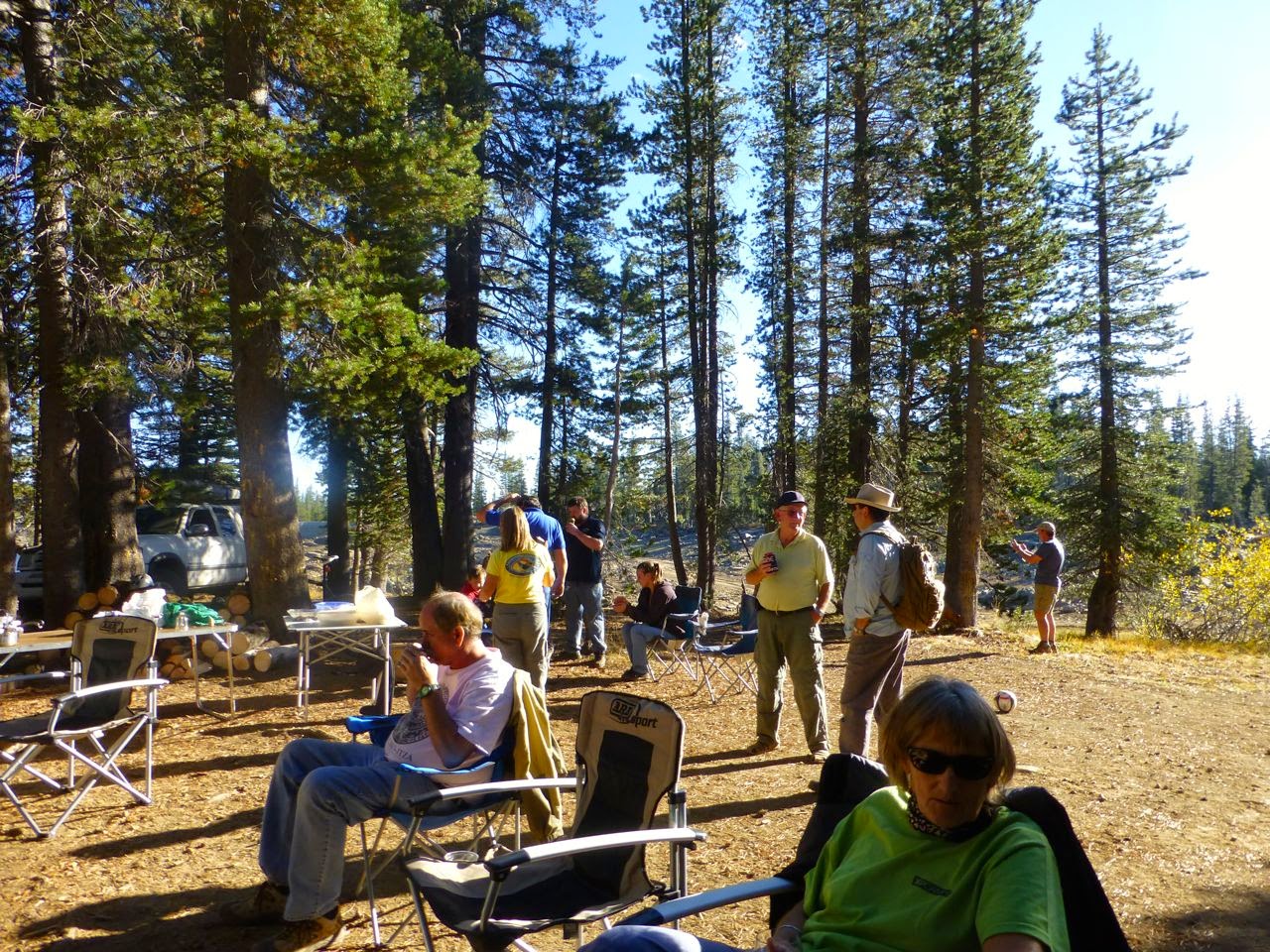 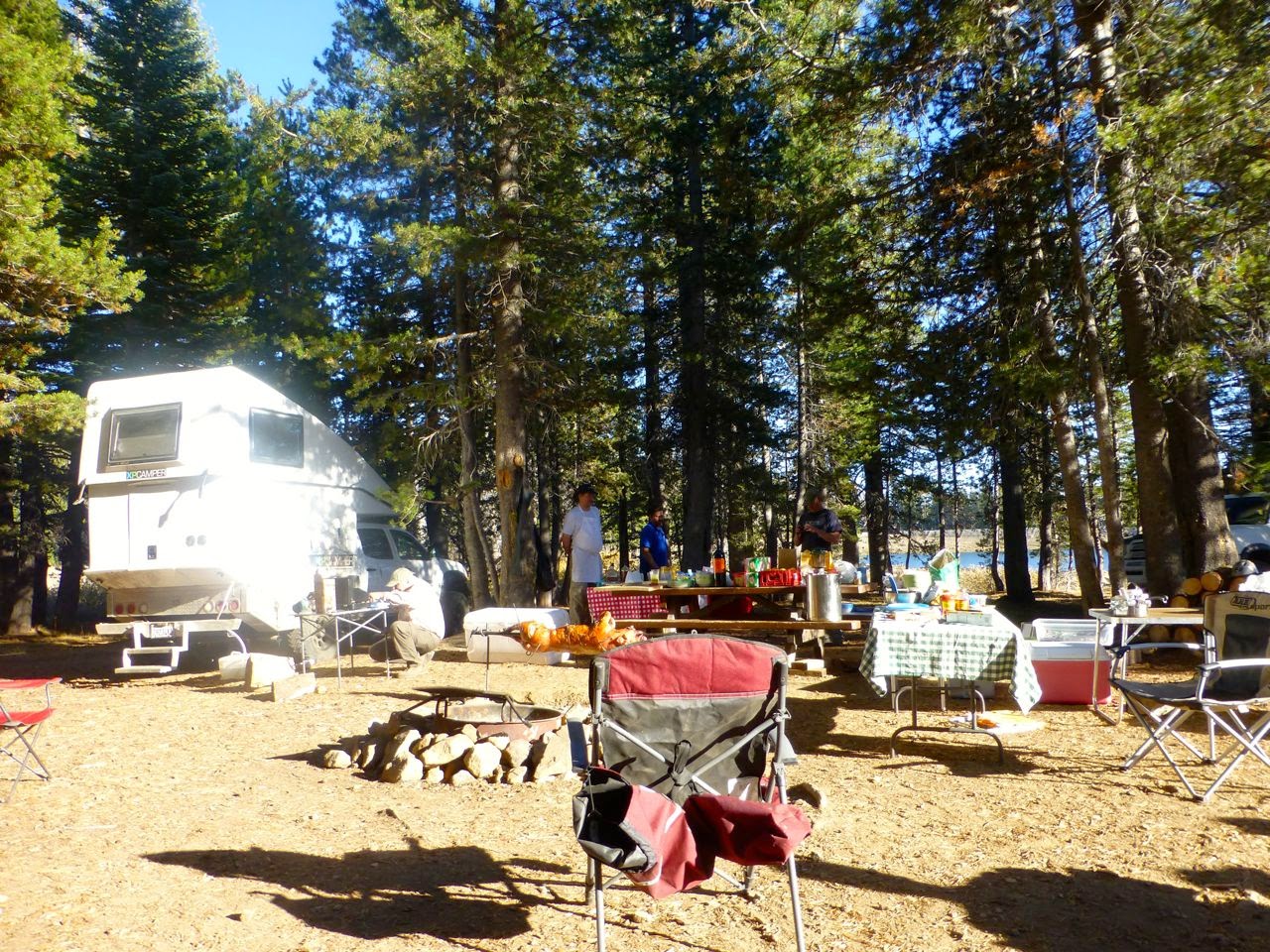 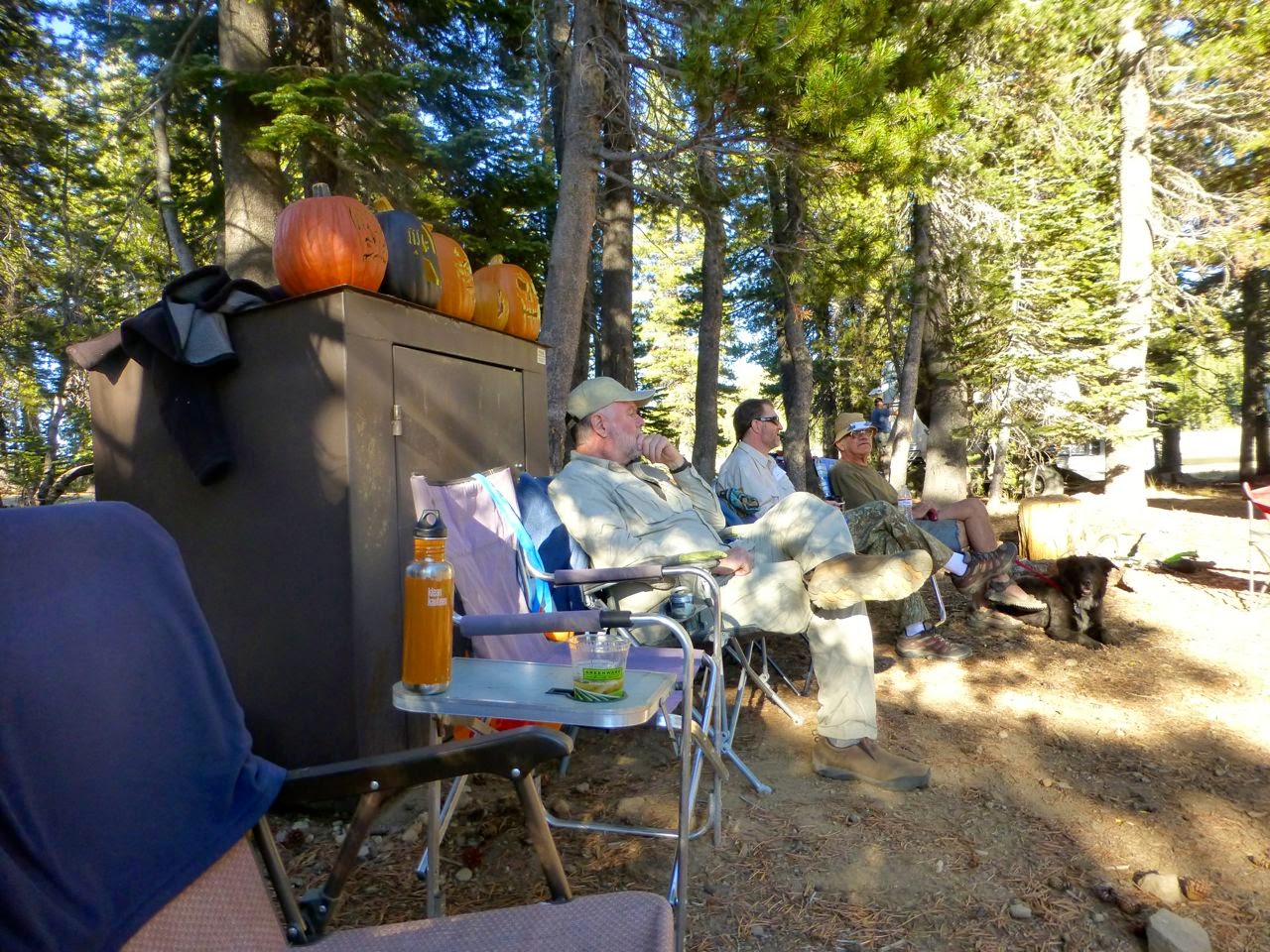 We were lucky enough to sit by Gunter and Sissi from Alaska  who were at the Rally in their XPcamper. From the  Rally they were leaving on a two year journey to the bottom of South America. You can follow their trip on Alaskawilds.me   One of the great things about traveling is the people you meet. 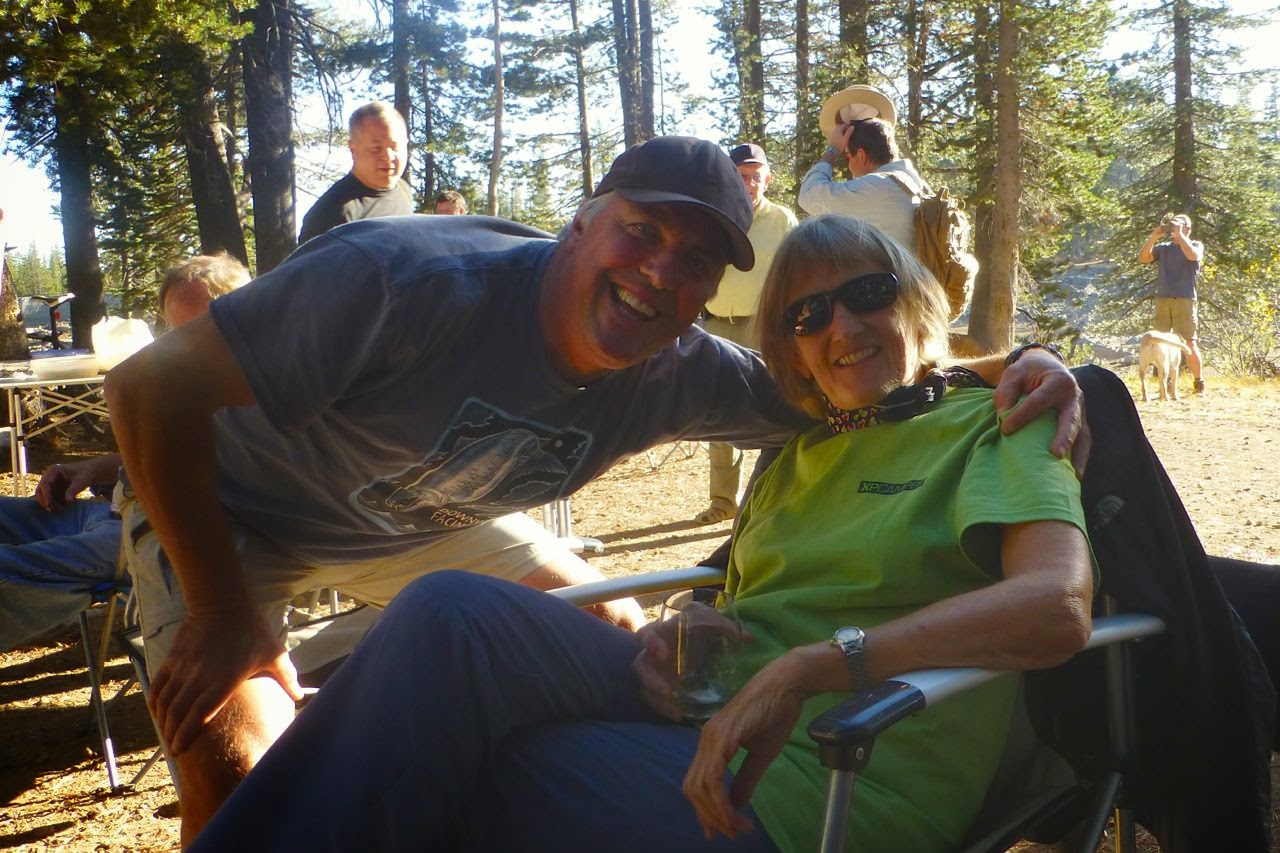 After dark Ted's jack-o-lantern lit up the night. 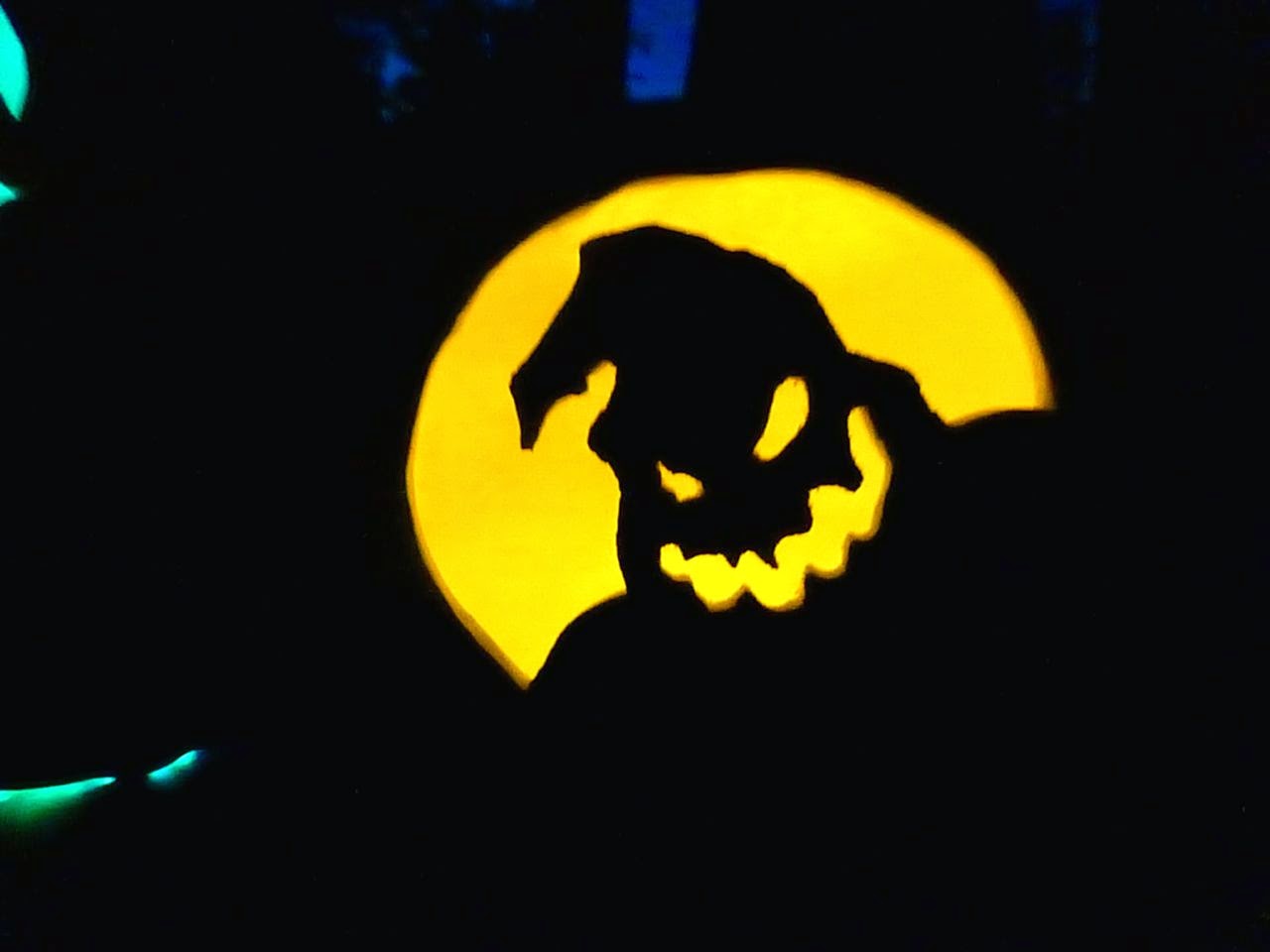 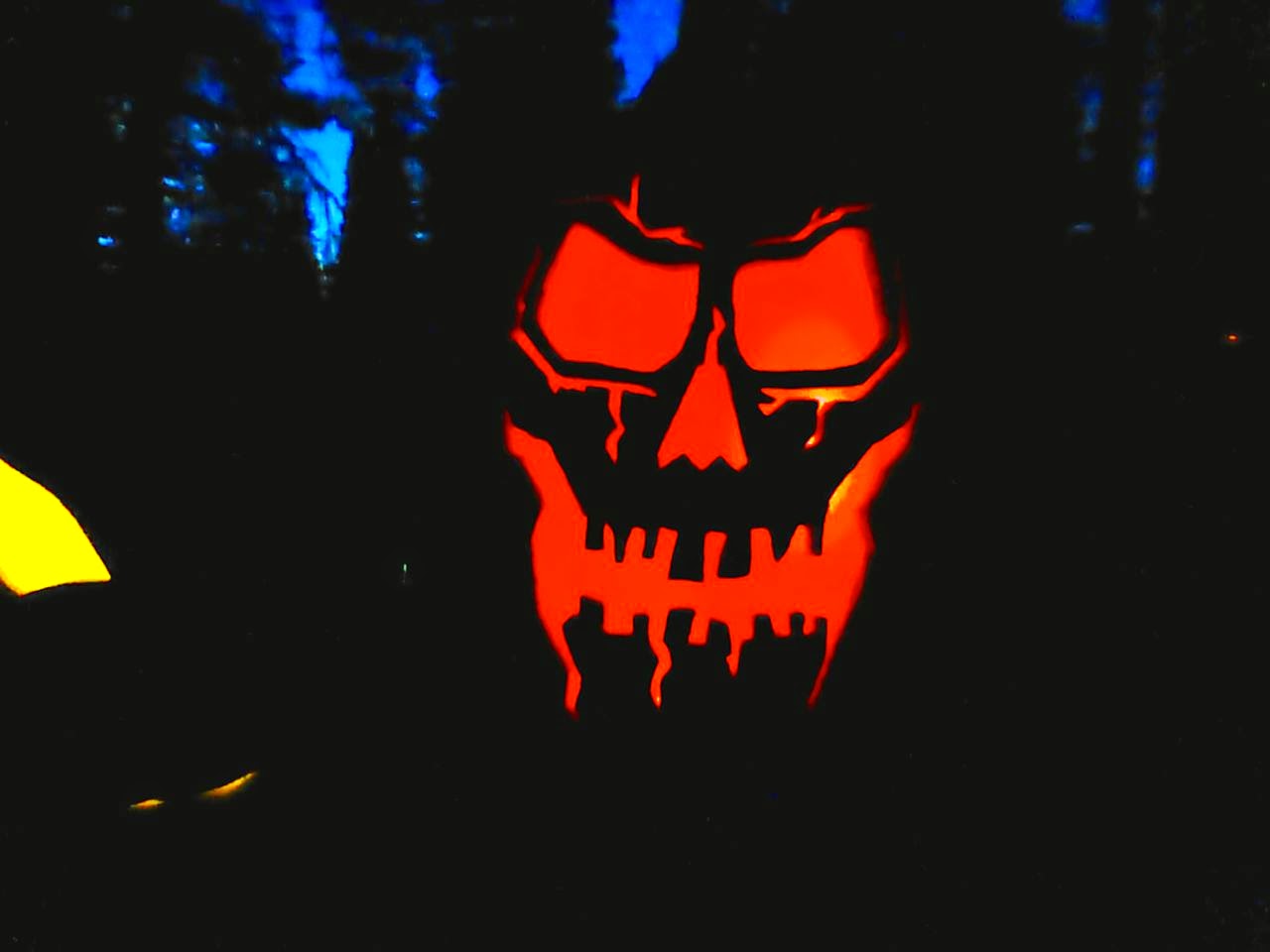 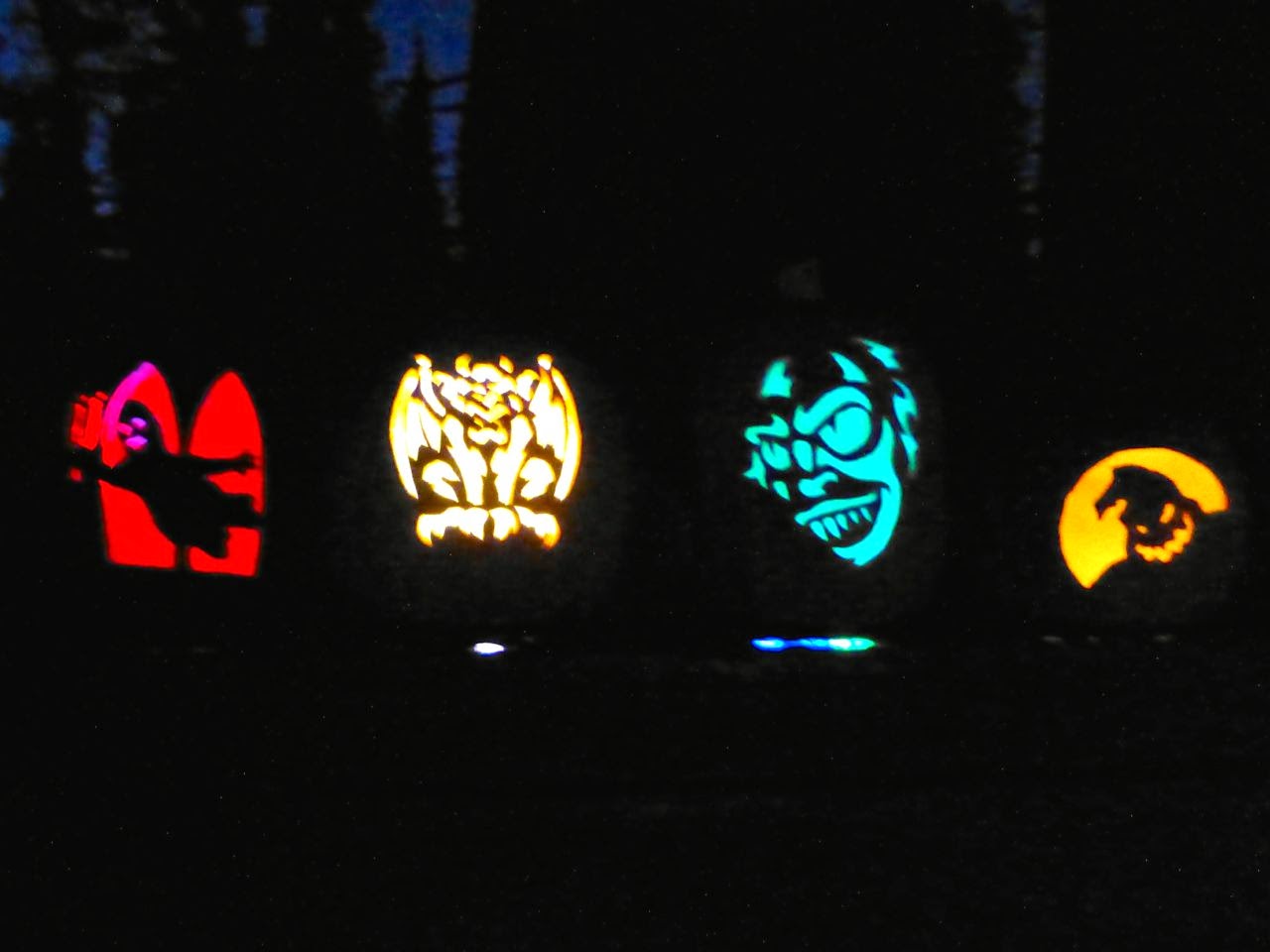 The campfire warmed the night. 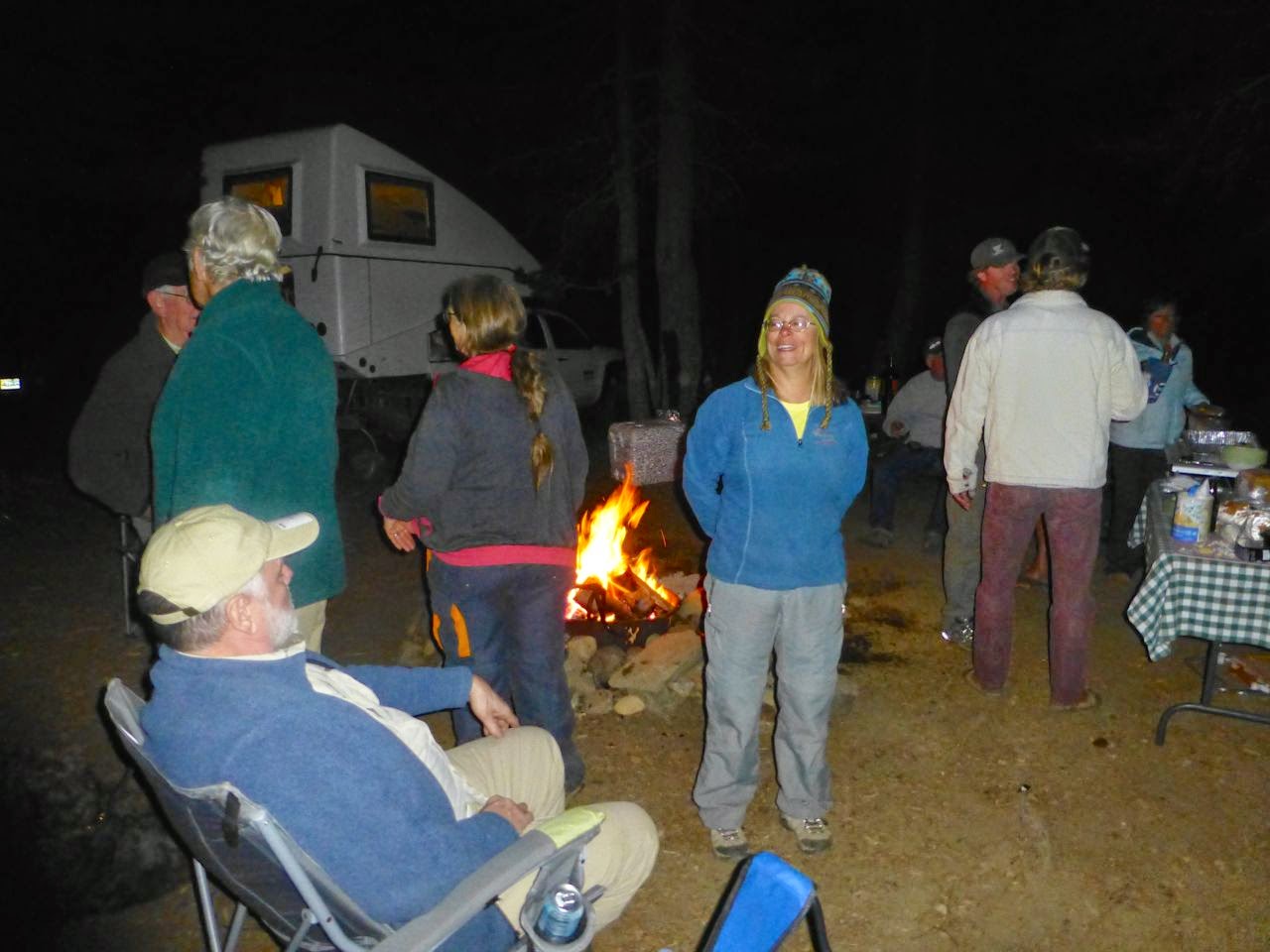 Soon it was time to head back to our camper.
Time to read and then get ready for bed. 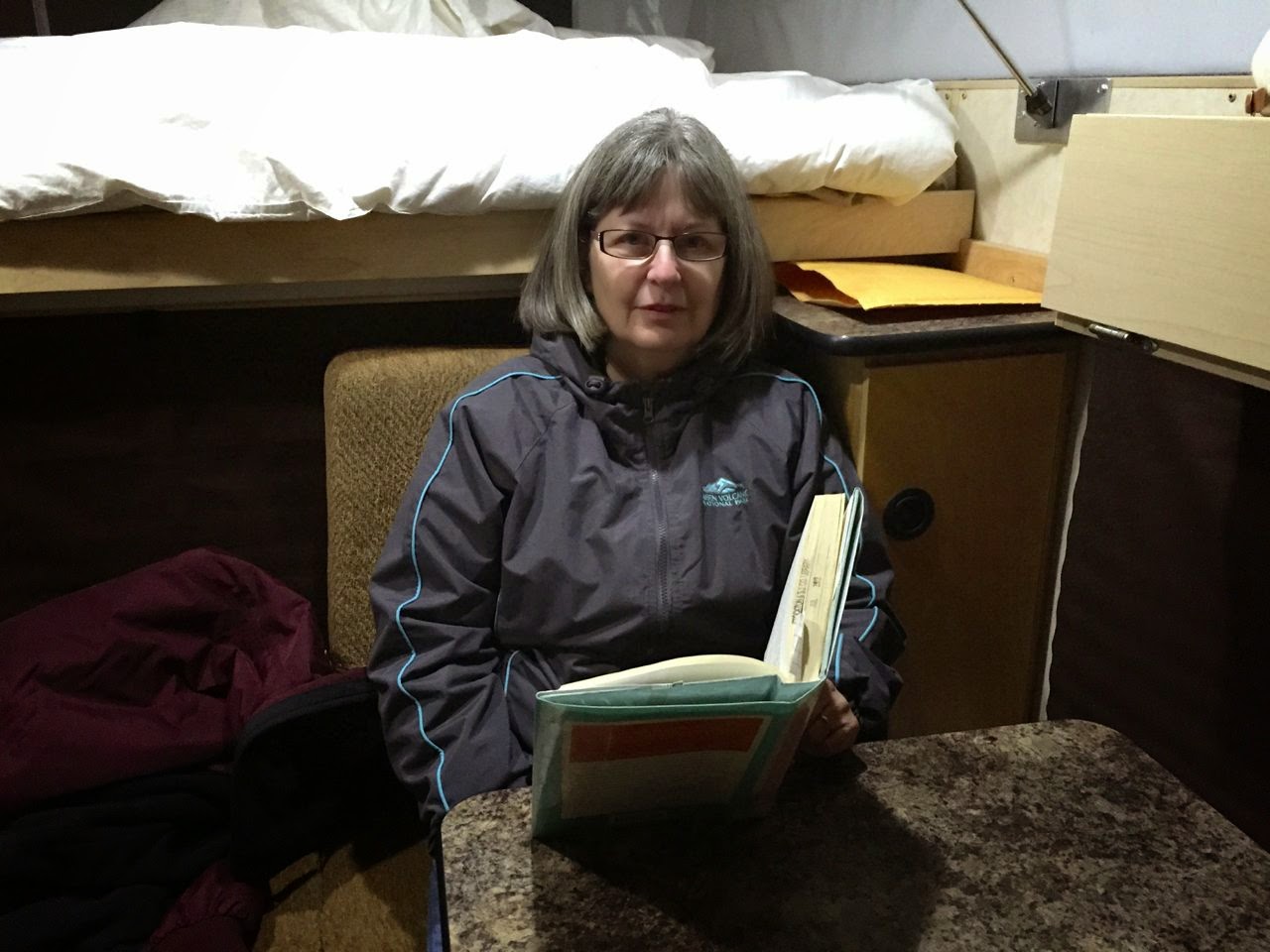 The next morning we got up had our yogurt and Veronica's homemade muffins. We took a walk around to say our goodbyes.  The people at the Rally were as varied as the campers, we had a great time. 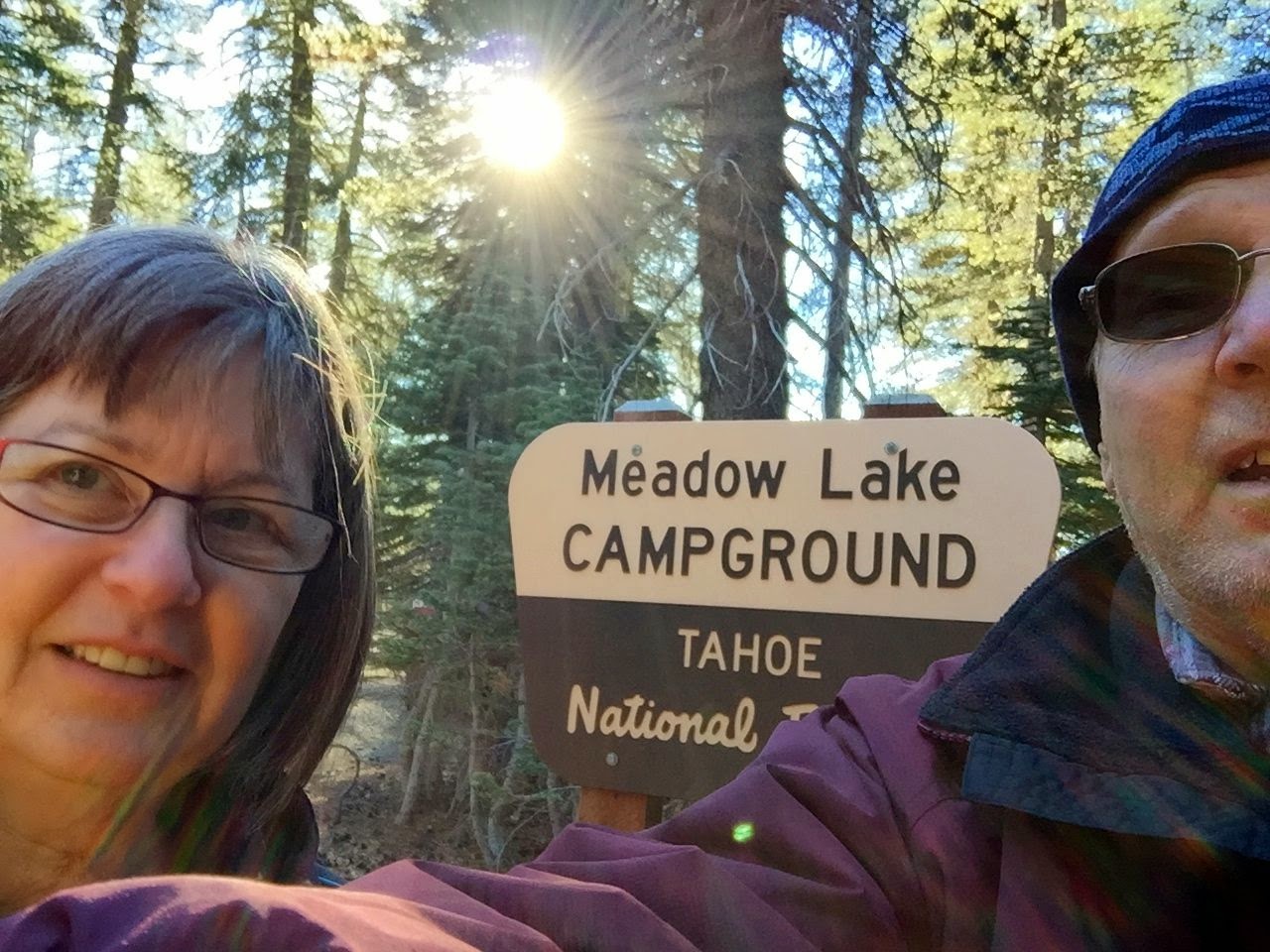 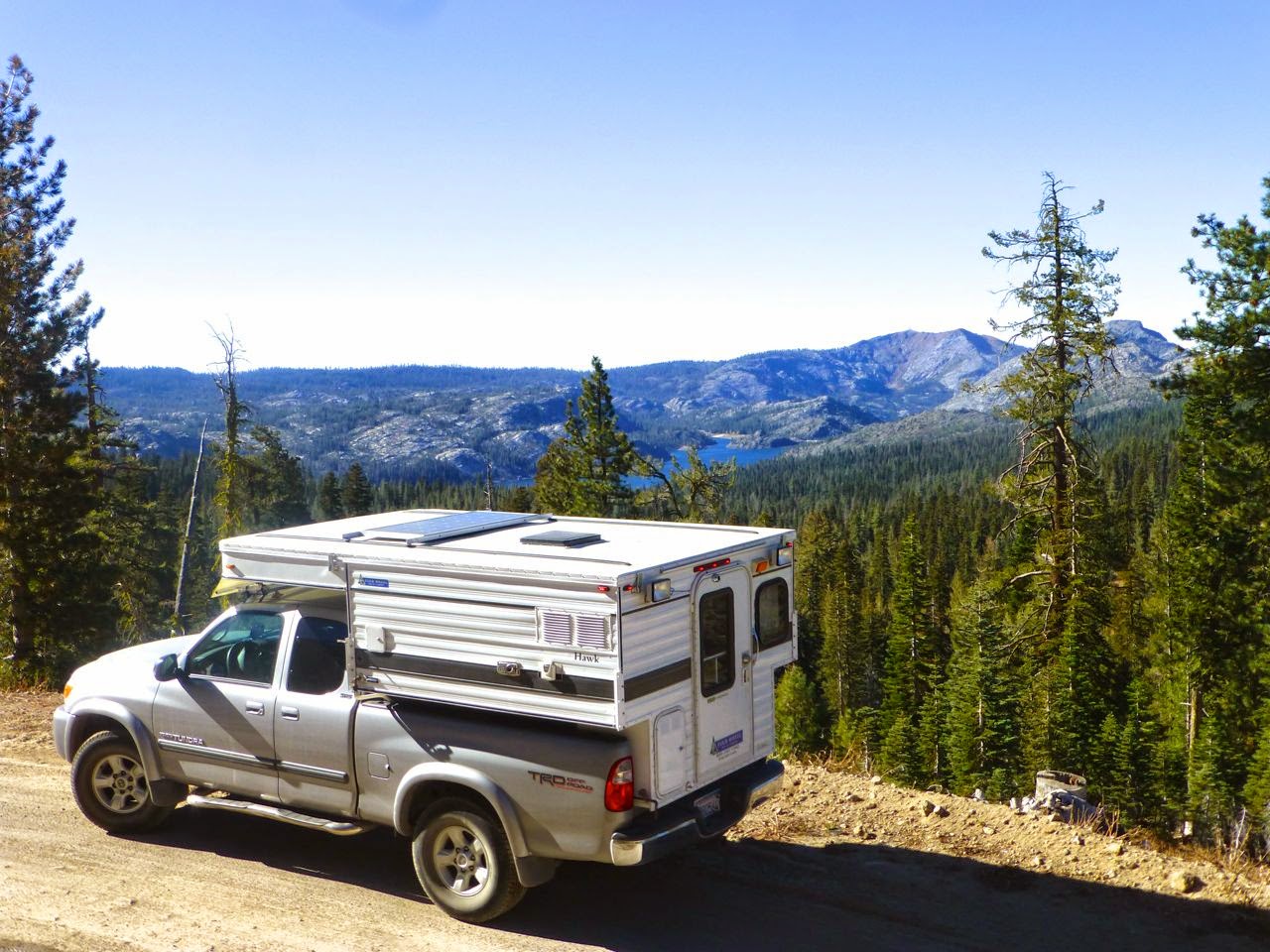 Leaving on the same dirt road we came in on.

This was the first trip with our new 100w solar panel on the roof you can see in the picture on the right. More than pleased with how it worked. DC fridge ran all weekend and we use the heater and lights. Batteries stayed full.

Next we are off to the Four Wheel Camper Rally in Southern Ca. 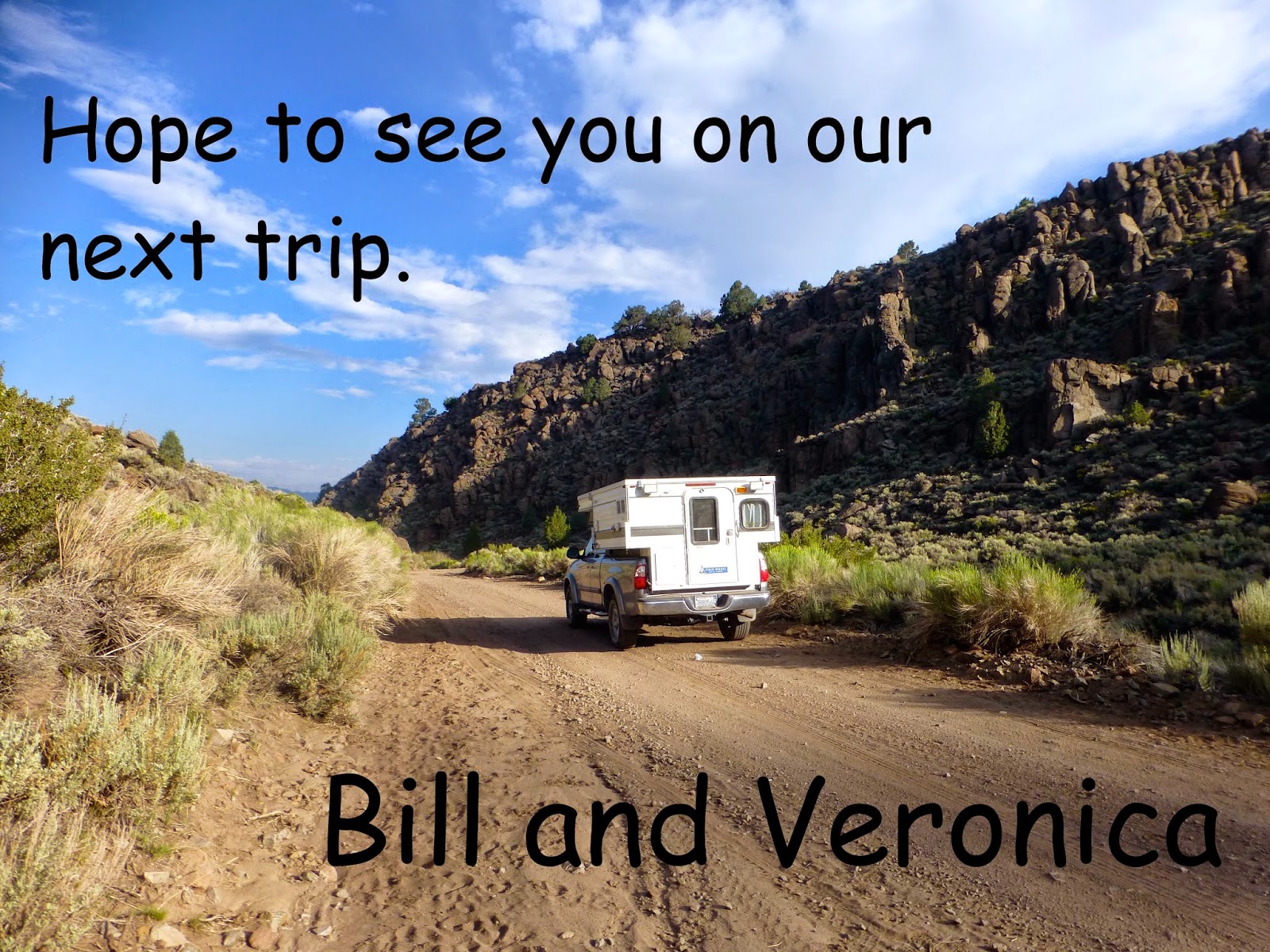